Maurice Lacroix first released the AIKON in 2016, a model that has since enjoyed incredible success. The virtues of AIKON ownership extend to the model’s precise timekeeping, its impressive readability and extraordinary levels of wearer comfort. And, in common with all Maurice Lacroix products, the AIKON delivers high perceived value.

The AIKON #tide shares the same attributes as other members of AIKON family, but is formed of #tide ocean-bound upcycled plastic combined with glass fibre. The resultant composite material is twice as hard as standard plastic, five times more resistant and has a carbon footprint significant less than the production of virgin PET. The bezel, case, case back, crown, end-piece and buckle on this new model are all made from this composite material. It takes 17 bottles to make one fabulous watch and its tailor made packaging, 100% made of #tide ocean material®. It’s a win-win deal.

Hurray for the colors

Beyond its vibrant hues and its case, the dial is adorned with a ‘Vague du Jura’ motif, a stylish reference to the ocean. The case measures 40mm in diameter and features a flat sapphire crystal, augmenting readability. For an additional quotient of glamour, several references are also avai- lable with diamond-set indexes. The AIKON #tide is endowed with a screwed crown together with a screwed caseback, details that contribute to the model’s impressive water resistance of 100m. The model is also endowed with the Easy Strap Exchange system, allowing the wearer to swap the strap for an alternative without the need for tools. Later, in 2022, Maurice Lacroix intends to unveil a second version of the AIKON #tide equipped with a bracelet made of, you guessed it, composite material! 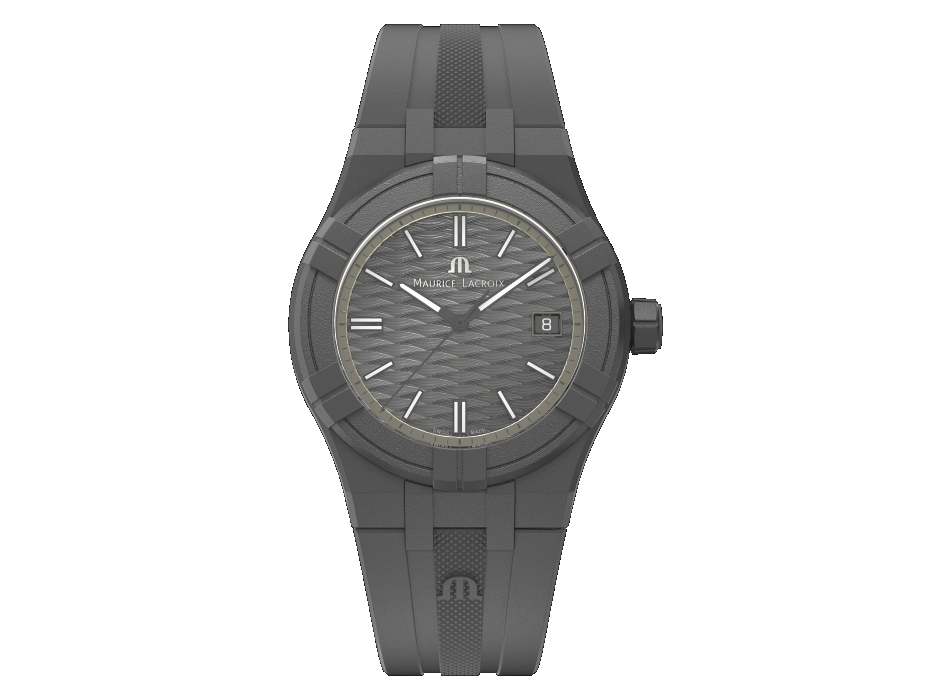 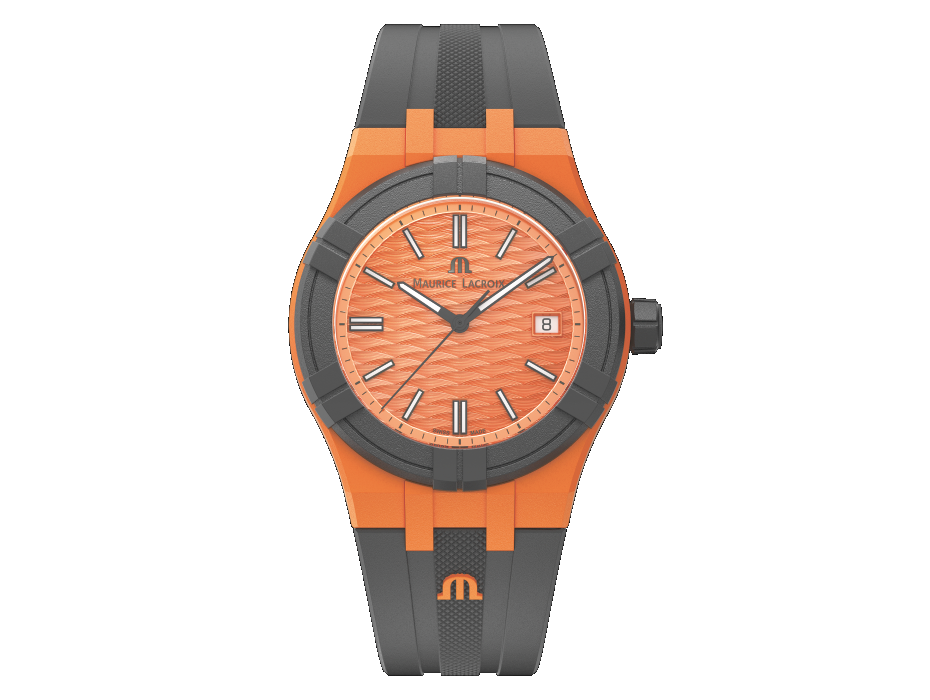 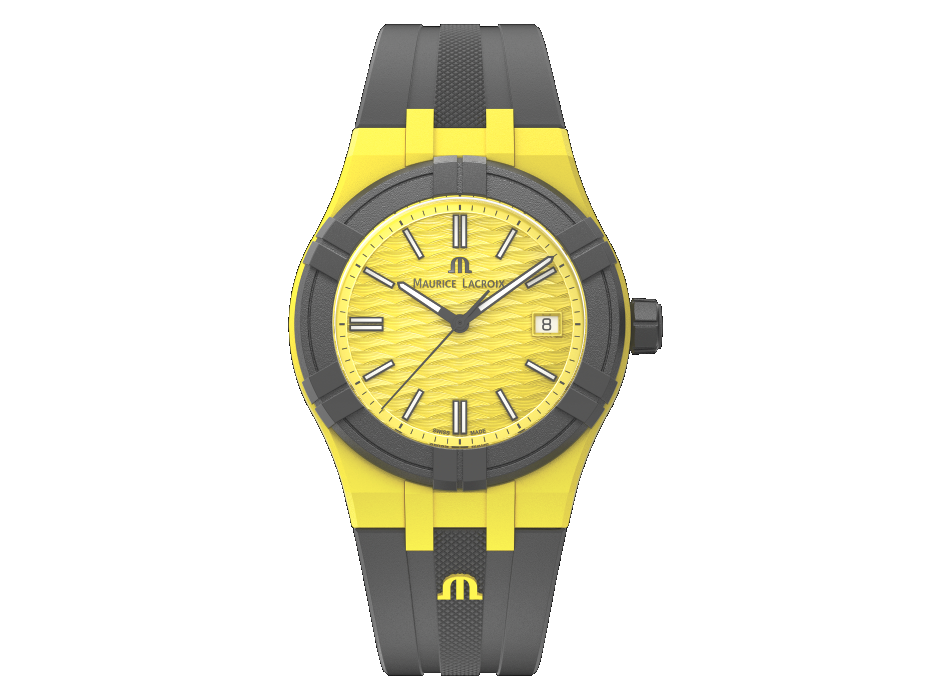 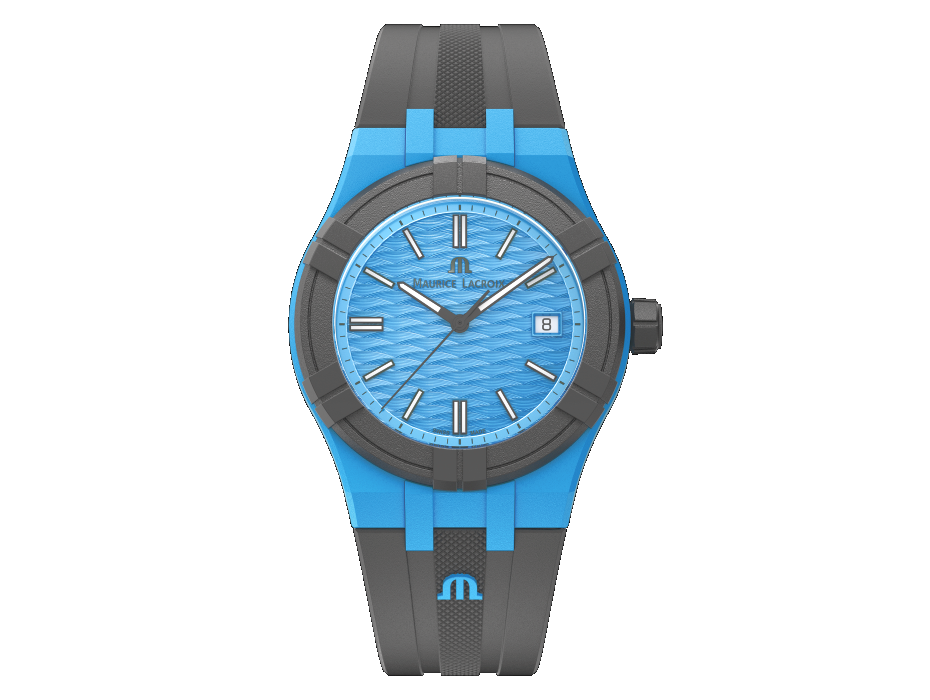 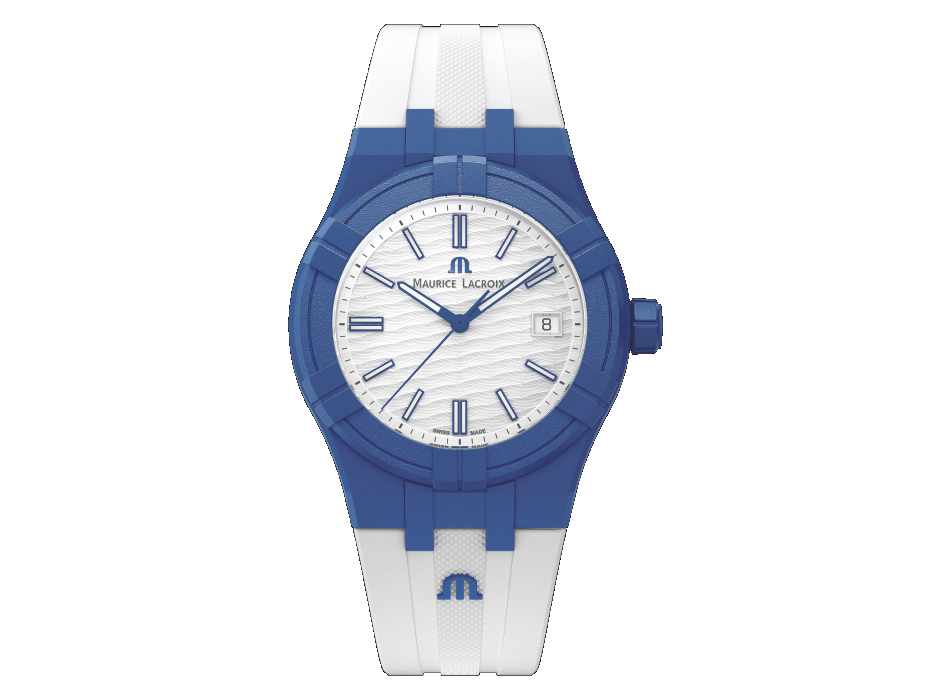 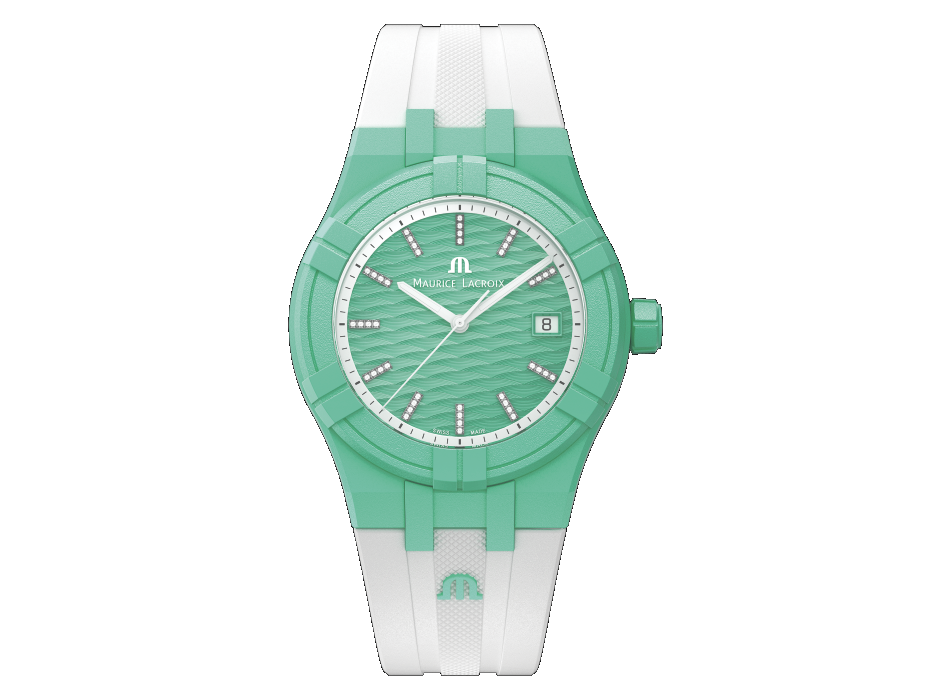 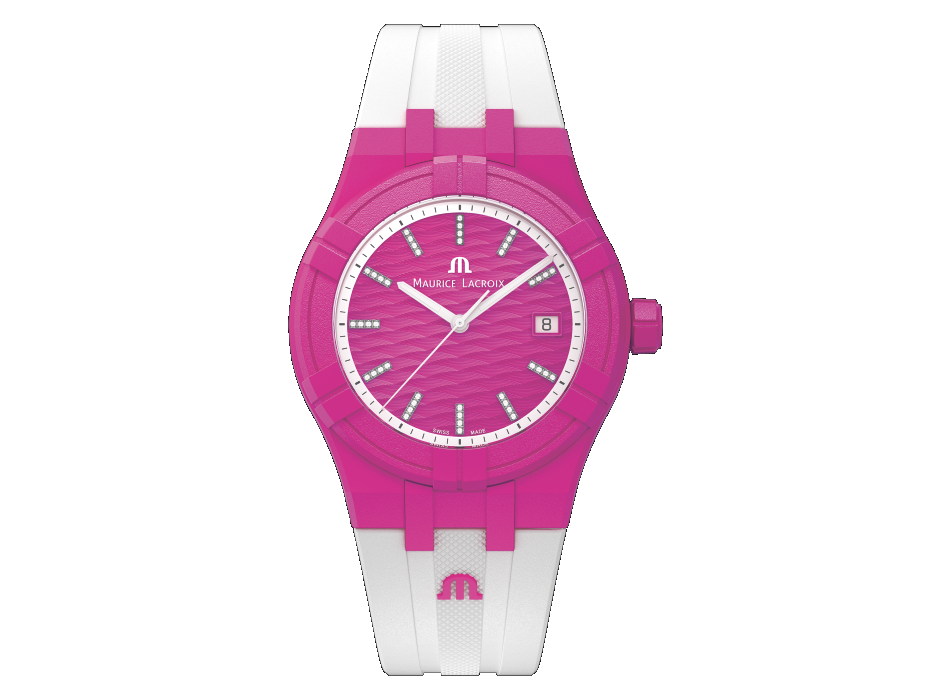 Maurice Lacroix, in collaboration with #tide, a specialist in ‘upcycling ocean-bound plastic waste’, is playing a key role in contributing to cleaner oceans. The Swiss watch brand has entered into a ground-breaking, long-term partnership with #tide to collect plastic bottles from the seas surrounding various islands in Thailand as well as Indonesia and the Philippines.

These bottles are sorted, shredded into flakes, washed and compacted close to the point of collection and then transported to #tide’s upcycling facilities where the flakes are compounded into smaller granules and then combined with an undisclosed formula, culminating in the creation of upcycled plastic which is eventually used for making lots of lovely, brightly coloured AIKON #tide watches.

Maurice Lacroix has conceived the AIKON #tide for a new generation who value sustainability, affordability and, of course, notable style.

THAT’S WHAT A DROP MAKES

Sometimes when an individual or company tries to make a positive change, critics will declare, ‘It’s merely a drop in the ocean’. However, apathy will never address the challenges the planet is now facing. Maurice Lacroix believes its initiative with #tide will contribute to cleaner oceans and play a small part in making the planet a little better. Indeed, as they say in the Swiss Jura, ‘That’s what a drop makes’.

YOUR TIME IS NOW WITH MAURICE LACROIX

For more than 40 years, Maurice Lacroix has demonstrated all of its watchmaking expertise, crafting watches within the brand’s Manufacture in Saignelégier, Switzerland. Having won more than fifteen awards, the brand has demonstrated an innovative, avant-garde and perfectionist spirit over the years. Maurice Lacroix’s culture is indeed to offer affordable watches, with iconic design and high perceived value. In 2016, Maurice Lacroix reinterpreted its iconic model of the 90s, the Calypso, releasing the AIKON. Modern and daring, the AIKON is made for a generation of Millennials who are connected, cosmopolitan and talented.

This ambitious generation is setting out to conquer the world’s cities, embracing their unique spirit. A constant source of inspiration for the Maurice Lacroix creative team, an active and urban brand, that thrives in the electric energy of these cities. With this in mind, Maurice Lacroix chooses to associate its image with a set of activities that allow consumers to experience the unique vitality of city life.